Meet Hall Smyth, a CampKeeper who runs two Tentrr campsites with the help of his son. As a part of our new “Meet the CampKeeper” series, we sat down with Hall to chat about his experience with Tentrr. It’s our CampKeepers who allow us to bring our campers top quality campsites, and we are grateful to them all!

How did you first learn about Tentrr, and what motivated you to install a campsite?
We were very early in the process. We knew the people who started Tentrr. As a result, our site has been running for a very long time. I understood that the concept is to experience interesting properties. And I certainly have access to an interesting property! So for me, it was about using what we already have.

Can you tell us a little about each of your campsites?
I have two campsites. One is called River’s Edge, and that one is on the Delaware River, right where New Jersey, New York, and Pennsylvania meet. The other campsite is called Quarry Pond, and that is on an edge of a quarry with a large two acre pond. And a great thing I always hear is campers talking about using the rowboat we provide, and spending the day lounging on the pond. 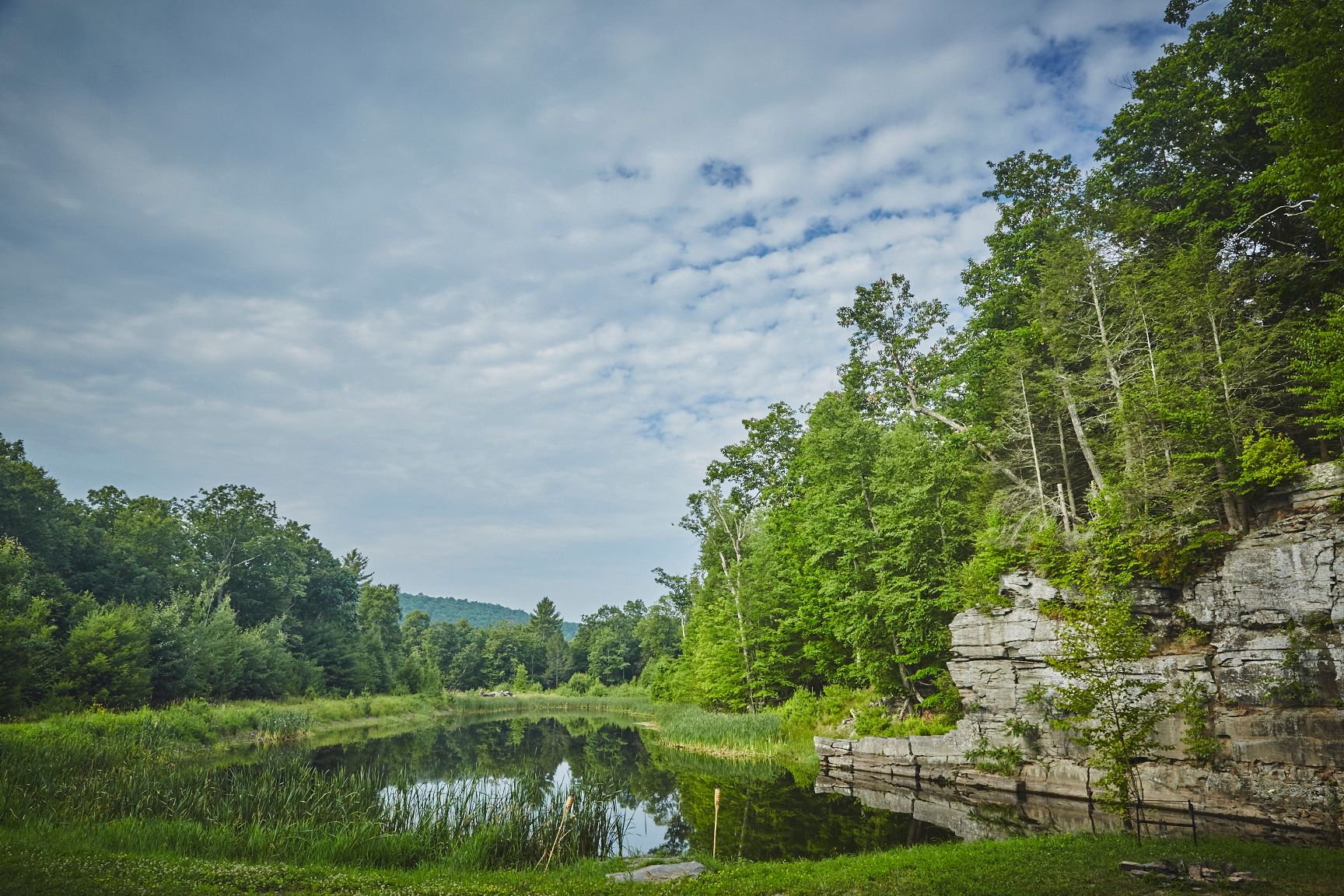 How did you decide on the campsite location?
We chose the locations based on which ones had the most spectacular view and setting. We also looked at it from an experience standpoint of what you can do and get out of the location.

What about your property do you like sharing with campers?
The number one thing I love sharing with campers is at River’s Edge we have a fisherman’s camp where they fish for eel, particularly in the fall. It’s a really beautiful thing. Campers get to interact with the fishermen and see how it works.

Tell us a little about how you ended up here and what you do?
I’ve been on the property for 20 years. When I moved up here I was a graphic designer/an exhibition designer in the city. Now I repurpose wood. That came about because I discovered a lot of buildings that were dilapidated or demolished. And initially I started requiring wood for my own uses. But I acquired more and more and more until it became a full fledged business.

What is your favorite thing about being a CampKeeper?
Surprisingly, the interaction. I think that campers who enjoy their trip the most are the ones that I say hello to, tell them about local spots, and get them out in the community. A lot of people will come to camp and think they’ll only stay around the campsite, and I think the best experiences are when they get out and see the town.

What kind of experience do you want to provide for the camper?
I want the camper to have a nice relaxing time outside the city. Most of the campers come from urban areas. I want to provide something better than just going to a campground.

What is one thing that surprised you about being CampKeeper?
The biggest surprise has been how popular it has been. We are hosting campers constantly.

What is one of your favorite camper stories?
One of the things we offer at River’s Edge is the canoeing trip. I picked up some campers, took them up the river, and dropped them off. I expected them back in a few hours. I came to the campsite many hours later just to make sure they arrived safely, but they weren’t there. I didn’t think too much of it; I thought they were just having fun. I went to a river restaurant they were hanging out at earlier asked if the waitress had seen them, and she said they were out doing something. So I went looking for them again once it was almost dark. I drove up and down the road looking for them. Finally I found them at a neighbors house. They were on the back porch having drinks. I love that story, because they really embraced the concept of the river, which is to not just ride down the river but to stop along the way.

What do you think it takes to be a good CampKeeper?
I think one of the most important ways to be a good CampKeeper is to be diligent about maintaining your campsite. There are little things that can be added all the time. They don’t have to be difficult to improve your campsite, things like adding the perfect little lantern, or one thing we added is a fitted sheet and flannel cover for the mattress.

Click here to learn more and apply to become a CampKeeper.

Get Your Mitts On These

There was an error sending the email, please try again

Check your inbox and click the link to confirm your subscription